Piers Morgan’s wife attacked the Duchess of Sussex in a new interview, saying she made a mistake in forgetting that all of the United States love the Queen, who is also their monarch.

Novelist Walden, talking to Dan Wootton from her home in LA, said “I thought maybe people would be protective of her out here, but not at all.”

“She is just a figure or fun and her crucial mistake was not remembering the US love the Queen. Anyone who offends the Queen or misbehaves they way they should, will not be successful.”

Rebel Wilson commented on the infamous Oprah interview with a joke during this year’s BAFTA awards.

You would typically expect people talking about Rebel to show anger or disappointment, but instead there was laughter because the idea of Rebel is now seen as someone who is not taken seriously.

Jane will be most upset by this because she knows how much her parents wanted the move.

Meghan Markle has most recently been criticized for trying to copyright the word “archetypes” for her podcast series.

Cynthia Walden: “[You] should trademark a few words because they are unique to you; arrogant, entitled and preposterous.” 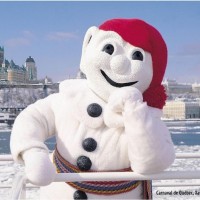